Call Us Location Menu
Click to Buy
Purchase your next Hyundai at the safety and comfort of your own home.
Buy Online
31 October 2018 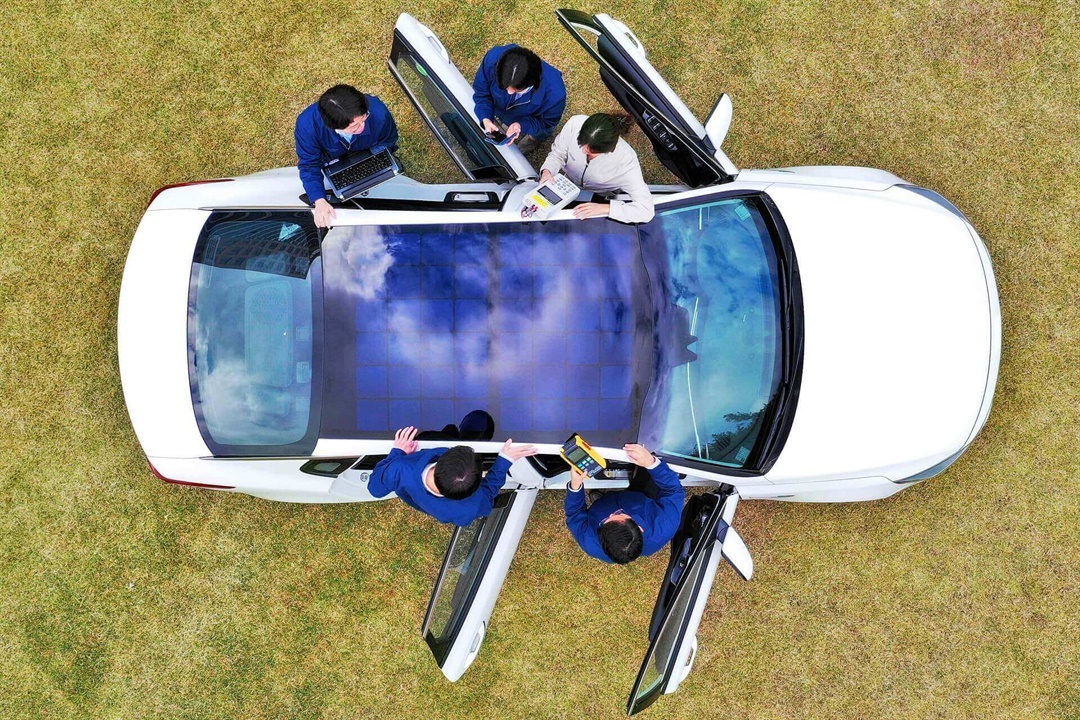 Electricity-generating solar panels will be incorporated into the roof or the hood of vehicles, and will support internal combustion, hybrid and battery electric vehicles with additional electrical power, increasing fuel efficiency and range.

The solar charging technology is being developed to support the vehicle’s main power source, improving mileage and reducing CO2 emissions. It can charge batteries of not just eco-friendly vehicles, including electric and hybrid vehicles, but also of internal combustion engine (ICE) vehicles, thereby improving fuel efficiency.

The first-generation solar roof system, which will be applied to hybrid models, includes a structure of mass-produced silicon solar panels that are mounted on an ordinary roof. This system can charge 30 to 60 percent of the battery per day, depending on the weather condition and the environment.

The second-generation semi-transparent solar roof system will be applied to vehicles with internal combustion engines, for the first time in the world. Differentiated from the first-generation system, the second-generation system provides transmissive panel options, also satisfying consumers who desire a sense of openness. The semi-transparent solar panels are applied to a panoramic sunroof, maintaining transparency whilst charging an electric vehicle’s battery or an additional battery mounted on an internal combustion engine vehicle.

Applying solar charging systems to internal combustion engine vehicles will contribute to the increase in vehicle exports, by enabling vehicles to adhere to global-scale environmental laws that regulate CO2 emissions.

The third-generation lightweight solar-lid system, currently in the process of pilot study for applying to eco-friendly vehicle models, includes a structure that mounts solar panels on a bonnet and roof combined, in order to maximize energy output.

The solar charging system is composed of a solar panel, a controller, and a battery. Electricity is produced when solar energy from the sun touches the solar panel’s surface, which converts this by using photons of light from the sun and then creating the electron-hole pairs in silicon cells to generate solar electricity.

When a 100W solar panel is equipped, in 1 Sun standards (Summer noon, 1000 W/㎡ intensity of radiation) it produces 100Wh of energy per hour. In the controller, Maximum Power Point Tracking (MPPT), which controls voltage and current to increase efficiency of the electricity collected in the solar panel, and source transformation take place.

The electricity from this process is transformed to the standard voltage by the controller, then stored in the battery or utilized to decrease loads of a vehicle’s Alternating Current (AC) generator. Hyundai Motor Group took not only efficiency but also design into account while developing the solar charging system.

“In the future, various types of electricity generating technologies, including the solar charging system, will be connected to vehicles. This will enable them to develop from a passive device that consumes energy to a solution that actively generates energy,” said Jeong-Gil Park, Executive Vice President of Engineering Design Division of Hyundai Motor Group., who has developed this technology. “The paradigm of the vehicle owner will shift from that of a consumer to an energy prosumer.”

Hyundai Motor Group will launch the first generation of this technology into its vehicles after 2019 to help meet global regulations targets and improve vehicle fuel efficiency.